Cultural anthropology helps to articulate and comprehend the insider traditional understanding of any culture.

If you are a learner seeking to acquire a fresh perspective towards world cultures through the understanding of the cultural anthropological content in the ancient Indian knowledge systems, this is the course for you.

If you are a student of Cultural Anthropology of Indian society and culture, unmindful of the lacunae caused by the absence of an insider’s understanding in the contemporary curriculum and study material, this is the course for you to plug those gaps.

Cultural Anthropology, like few contemporary Social Science disciplines like Linguistics, has been misunderstood by some Indophiles who perceive that it looks down upon Hinduism as a primitive and superstitious culture. Contrary to this belief, cultural anthropological conceptual tools can prove beneficial in articulating an insider understanding of Hinduism.

Many students of Cultural Anthropology are unmindful of how the absence of an insider’s perspective in the contemporary curriculum and study material creates lacunae  lacunae in understanding . This course intends to address the same. 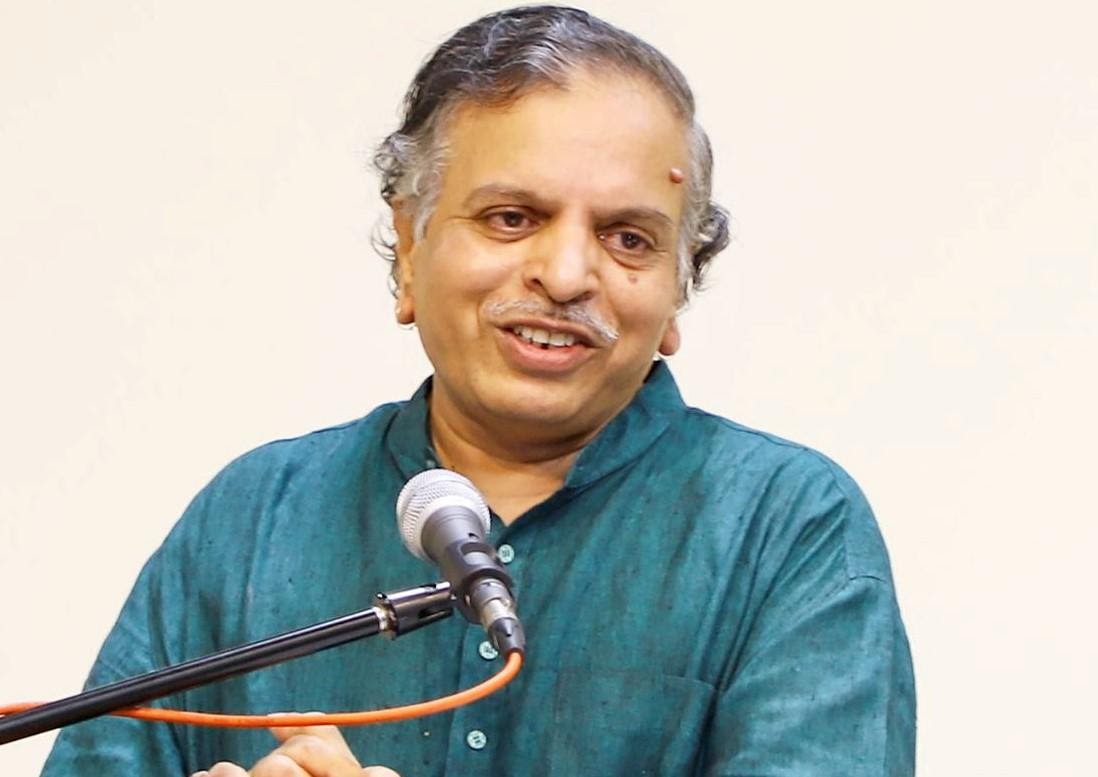 Dr. Nagaraj Paturi is a senior professor with three decades of University Teaching and Research experience including fieldwork based Culture research. He specializes in Culture Studies including Folk Culture Studies, Linguistics including Sanskrit Linguistics, Literary Studies including Myth studies.
Trained in Sanskrit and Advaita Vedanta by his hyper-polyglot, polymath and spiritually accomplished sakala-shaastra-paarangata father, he is seriously committed to the transmission of Vedic sciences to the present generation.

His PhD (1998, UoH) is in the application of Vedic parallels to the contemporary areas of Anthropology, Psychology, Philosophy and Aesthetics and a theory of their cross section to classical Indian poetry in general and classical Telugu poetry in particular.

He has specialized in folk-classical and other inter-traditional interface issues. He has conducted fieldwork based research studies on religious transgenderism, ritual-officiating sub-castes of shepherd castes, yogic mystic folk songs, Bonalu, the proliferating village goddess festivals of metro-twin- cities and similar other folk cultural topics. He has designed a large number of courses on contemporary applications of Vedic Sciences. He brings a tradition insider’s fieldwork based counter to the maligning views of Indian jaati system prevalent in contemporary academics and politics. He advocates the revival and sustenance of global pagan , polytheistic , indigenous cultures on the basis of the centrality he holds for the centrality of ecological awareness and sustainability in the Hindu cultural complex.

He has more than 120 publications to his credit and has consulted for numerous culture research and theater and dance innovation projects.

He has also worked on scores of creative writing works for Classical Dance, Modern Theater and magazines and several series of talks and other programs on Radio and Television channels.