After the delightful success of the earlier two batches, we are proud to announce our third batch for this Indica Course.

Open to learners above the age of 15 years, this course is our effort to revive Sanskrit among people in an interesting and innovative manner.

Every Monday and Thursday (Except 24th October, 8th December and 12th December 2022))

An amazingly scientific language, Sanskrit has been considered as a Divine language – the language of Gods! It is considered the the mother of some languages and known to have impacted quite a few others.  A member of the Indo-European language family, it has left an impact on various disciplines and cultures. With its rich vocabulary and grammatical concepts, it has positively influencing various aspects of our lives. There are several Sanskrit texts and manuscripts that offer ancient knowledge and wisdom.

“Sanskrit for Beginners” intends to provide a basic understanding of Sanskrit Language and its Literature. Participants will be able to learn Sanskrit online from scratch. It also aims at familiarizing learners with an introduction to basic Sanskrit vocabulary for use in daily conversation. 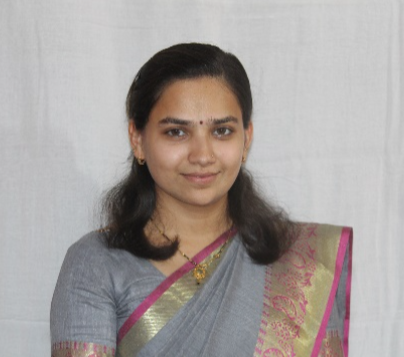 Smt. Sanhita Jani-Vyas is Bachelors in Sanskrit from Shree Somnath Sanskrit University and Masters in Sanskrit and Lexicography from Deccan College, PGRI. She has also completed B2.1 in German Language from Max Mueller Bhavan, Pune. She has worked with different organizations and taught Sanskrit & German Language. She presently runs the operations for E-Lingua Hub- a platform for teaching Languages and is enrolled as a Doctoral Candidate in Sanskrit at Indus University, Ahmedabad.