What are the metaphysics and ethics that undergird the creative impulses of Rabindranath Tagore, Asia’s first Nobel laureate and composer of the national anthem of India?

This INDICA course, with Sreejit Datta as an instructor, will offer you a chance to immerse yourself in the life and works of the “Poet Laureate of India,” helping you discover the deeper aesthetic, philosophical, and spiritual roots of the Sūkti-s or noble utterances of a Modern Indian Rishi.

*The Course may not be offered if the number of registrations is less than 15.

Every Monday and Wednesday

This Indica Course will offer an immersion in Tagore’s creative and critical corpus to help the learner understand the keynote of Tagore’s monumental literary, artistic, and altruistic oeuvre – which is the unique Hindu emphasis on aspiring for the higher modes of existence, the life of the spirit, without denying the life of flesh and blood for a moment, while treating the latter as an important site of the unfolding of – and a veritable proof of – the former.

This course consists of four closely interlinked modules. A brief indicative breakdown of each of these four modules is as follows:

Module I: The Life and Times of Rabindranath Tagore

Module II: Understanding Tagore through His Poetry, Music, and Drama

*Please note that if the number of registrations is less than 15, this Indica Course may not be offered. Learners will be notified about this decision, and their money will be refunded. 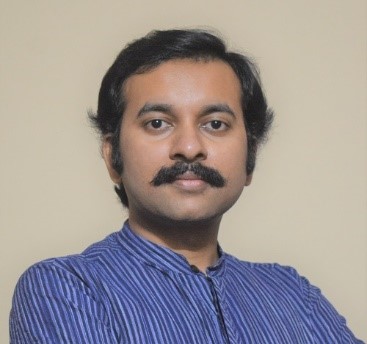 Sreejit Datta is an educator, researcher and social commentator, writing/speaking on subjects critical to rediscovering and rekindling the Indic consciousness in a postmodern, neoliberal world.

Presently a fellow of the Rajeev Circle Scholars (RCS) Program – a prestigious book-writing fellowship offered by the Motwani Jadeja Foundation (Palo Alto, USA) – Datta is deploying his scholarly insights to write a monograph that will chronicle the history of revolutionary nationalism in Bengal during the early decades of the twentieth century from an emic viewpoint.

A poet, translator, and a trained musician, Datta hails from the city of Calcutta in the Indian state of West Bengal.