This Indica Course is aimed at creating awareness about the life, times and contributions (including some of the key works) of Ᾱdi Śañkara Bhagavatpāda through various textual, historical, traditional and archaeological references.

*The Course will be offered in the self-paced model if the number of registrations is less than 15.

Ᾱdi Śañkara Bhagavatpāda is one of the greatest minds witnessed by Bhārata-varṣa and the world. It’s a mind that combined logic and rationality, mysticism, spirituality, and devotion cohesively to bring out the true essence and purport of our shastras. The contributions of the Ᾱcārya in the revival of the Upanishadic teachings and other aspects of Sanātana Dharma are unparalleled. However, as seen in most cases, these contributions are sometimes exaggerated stemming from an extreme attachment to the Ᾱcārya and sometimes underplayed to make someone else or something else greater.

In this course, an attempt will be made to see things as they were to the extent possible based on available information which itself is awe-inspiring for all followers of Sanātana Dharma.

Learners will be given homework for self-reflection/study and recommended reading.

The participant will get a more informed understanding and hence appreciation of the contribution of the Ᾱcārya to Sanātana Dharma.

*Please note that if the number of registrations is less than 15, this Indica Course will be offered in the self-paced mode. The change of format shall be notified through email. Learners will also be notified when pre-recorded lectures are available for their perusal on the learning portal. There will no change in the course fee. Learners not interested in pursuing the self-paced format can either request for a transfer into any existing or upcoming course or a credit voucher redeemable in future for another course. 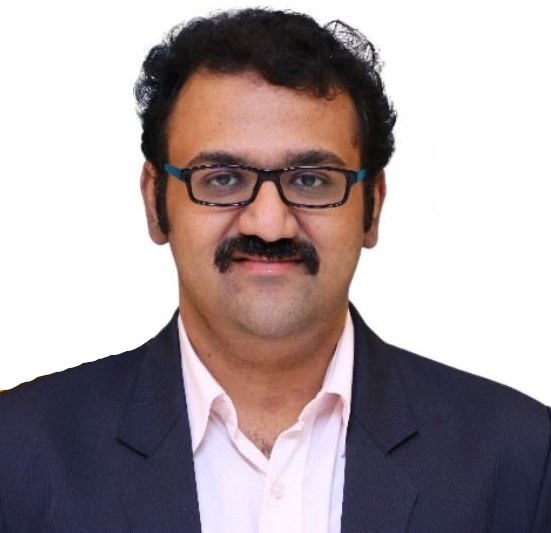 Shri Subramanian C (commonly referred to as Subbu) hails from a family of Samavedic scholars in the Puthucode village of Palakkad district (Kerala).

He is an electrical engineer by qualification and a postgraduate in management from IIM Lucknow. He has 13+ years of experience in management consulting & industry and is currently working as Director of Strategy for a leading MNC in India.

He is an M.A. in Sanskrit (Specialization in Vedanta) and Diploma in Manuscriptology, both from the University of Mumbai where he has also been a visiting faculty of Vedanta, Itihasa, Puranas and Bhakti. He has formally studied Veda chanting for 8 years. He is currently pursuing his doctoral studies on ‘Indic perspectives for modern leadership’ from Chinmaya Vishwavidyapeeth. He has several papers and articles to his credit published in various national and international journals as well as presentations in various conferences & seminars.

Subbu hails from a family of music connoisseurs on his maternal side. He was initiated into Carnatic music by his mother Mrs. Bhagyam (a trained Carnatic singer herself and direct cousin of Vidwan M.A. Kalyanakrishna Bhagavathar). He started his formal training at the age of 13 under Vidushi Smt. Vijaya Vishwanath until her demise in 2006. He then came under the tutelage of ‘Sangita Kala Ᾱcārya ’ Vidushi Smt. Alamelu Mani under whom he has been learning for the past 15+ years. Both Smt. Vijaya and Alamelu Mani are among the senior most students and torchbearers of the Brindamma school. He has also learnt Tiruppugazh and Tevaram songs from Smt. Janaki Sundararajan and rare kritis of Mysore Sadasiva Rao, Veena Seshanna and Harikesanallur Muthaiah Bhagavathar from Vidushis T.S Satyavati and M.S Sheela.

Subbu has been giving many lecture demonstrations and ‘Sangeeta Upanyasam’ (i.e. musical storytelling) combining his interests and skills of music and Indic knowledge. Subbu has also been hosting a channel on Youtube called ‘Subbu’s corner’ that comprises various kinds of sessions aimed at increasing awareness of our great Indic tradition and knowledge.